I’ve never paid much attention to the typeface used in Tauchnitz editions, other than to note that the early editions (1841 – 1847) used what looked like a relatively cramped and old-fashioned font that was replaced by a more ‘modern’ font in 1847. Todd & Bowden refer to some criticism of the appearance of the early editions in comparison with French rivals in particular.

Beauty however is in the eye of the beholder, and the original font used by Tauchnitz has now become the inspiration for a new font designed by a young graphic designer for his diploma. Examples of the Bertau font can be seen at http://jimi-neko.com/134431/1476231/gallery/bertau-font-family . It’s not really designed as a suitable typeface for novels, but for a variety of other uses, the new font has a distinctive elegance. 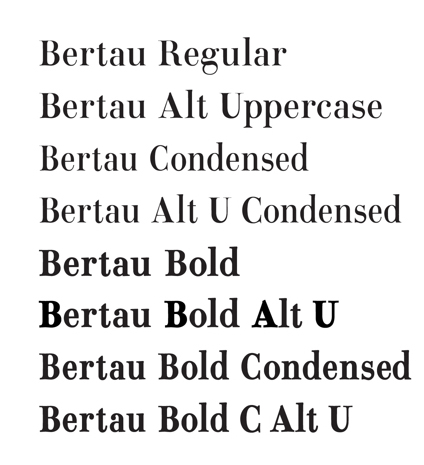